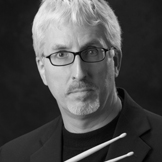 He has performed at several international jazz festivals; highlights include the Montreux Jazz Festival in Switzerland and the Montreal Jazz Festival.

On the Canadian scene, John has shared the stage with Tommy Banks, Guido Basso, Hugh Fraser, Phil Nimmons, P.J. Perry and Don Thompson. He has recorded with Calgary locals Pat Belliveau, Viviane Cardinal, Cheryl Fisher, and the Prime Time Big Band. John has made a number of guest appearances with the Calgary Philharmonic Orchestra. His recent CD is with the small group Verismo.

Since 1979, he has owned and operated de Waal Music Studio. He maintains a full teaching schedule and conducts drum clinics and workshops in and around the Calgary area.