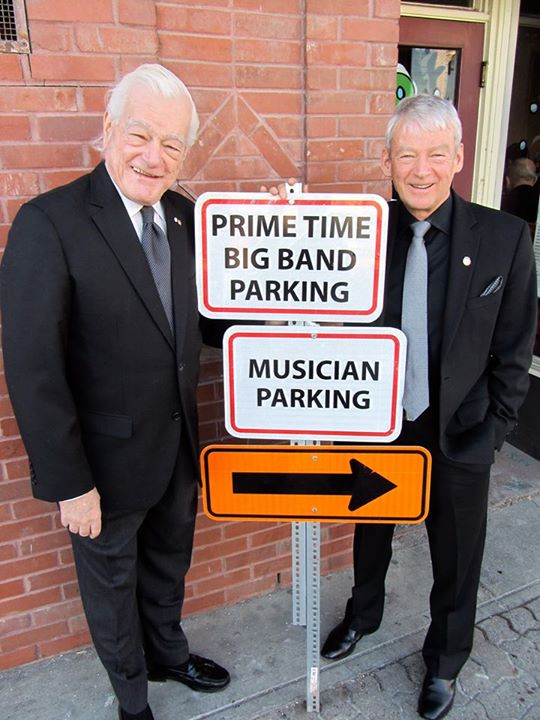 Thanks to our generous supporters, we are now nearly at the halfway mark of funding for our live CD recording the New Year.

But we’re not finished with Tommy Banks yet: one repeated song request from generous fans who have added to the CD project funding pot is the band’s signature encore swing tune, Sing, Sing, Sing. Prime Time Big Band leader Dave Jones says he’s more than pleased to include the toe-tapper on the recording, only better: the song will be arranged by Tommy Banks himself.

“We are absolutely thrilled to be working on an updated version from Tommy,” says Jones. “We’ve tried different versions and I even tried changing the encore to give the musicians a change, but people demanded it; they phoned me saying, ‘it leaves us happy and bouncing out of the club.’ How can you argue with that?”

Having the support from Banks at the fundraising concert was a big boost, said Jones.

“He’s an exceptional musician. He’s a jazz master. All of his performances without exception are thrilling. He does the right thing at the right time always, it’s amazing and that’s just his piano playing. He’s a hero to a lot of people. He’s certainly highly respected and revered all over the world.”

Thank you, Tommy Banks! And thank you to our generous fans, who are helping make our live CD recording a reality.

Stay tuned for more news about how you can be part of Prime Time Big Band history!