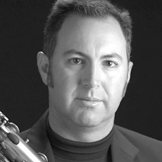 Keith O’Rourke is a saxophonist and doubler on clarinet and flute, with over ten years of
experience playing in many styles including jazz, blues, motown, rock, pop and classical music.

Since returning to Calgary in the fall of 2008, Keith has performed with many of Calgary’s top ensembles. Most notably he has played with the Prime Time Big Band, the Calgary Jazz Orchestra, the Eric Friedenburg Orchestra and the Altius Brass. Keith has also been busy playing shows for Stage West Calgary including “The Producers”, “Motown Gold and “All Shook Up”.

From 2001 to 2008 Keith worked for Royal Caribbean Cruise Lines as a theatre musician and Musical Director. Some of the many entertainers Keith worked with on ships include Ben Vereen, Scott Record, Charo, The Osmonds, The Drifters, The Platters, The Coasters, Tenors Unlimited and many more.

Keith Graduated from the University of Calgary in 1997 with a Bachelor of Music degree in performance. He also attended the renowned Banff International Jazz workshop in 2001. He has studied music with Jeremy Brown, Kirk MacDonald and Pat Belliveau, as well as attending workshops by Joe Lovano, Dave Douglas, Kenny Werner, Jim Black and Don Thompson.